Since 2007, 3D Resin Technology Division of NISSAN MOTOR CO.,LTD., which designs and manufactures resin, molds for mass production of bumper-related parts had introduced 3DTascalX; we were capable of using 3D data in our manufacturing process. Particularly, since accurate transmission of fine processing instructions such as electrode position in electrical discharge machining can be realized, confirmation time of processing instruction information can be shortened at the production site, processing errors are eliminated, and efficiency of manufacturing process and cost loss has been greatly reduced.

NISSAN MOTOR has repeatedly done bold reforms over the past decade. The three-year plan of NISSAN Revival Plan (NRP) "," NISSAN 180 "and" NISSAN Value Up " has been successfully achieved, and in 2008 we will be able to working on the" NISSAN GT 2012 ", a new five-year plan for long-term growth. Both reforms are a major theme, with considerable reduction in production preparation period and cost.
"We are in charge of making molds, we have been working on reform from various angles in order to reduce the number of in-house production steps and shorten the period," Mr. Masao Yasuhara, principal of the Vehicle Engineering Department said.

The Vehicle Production Engineering Division is located in the Zama Plant in Kanagawa Prefecture and is engaged in designing and manufacturing molds for making various parts in-house. Among them, the resin engineering department designs and manufactures resin molds. Especially for exterior parts such as bumpers, the resin technology division provides them to NISSAN MOTOR’s production bases around the world. 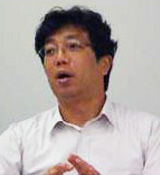 The resin technology section learned about 3DTascalX as a part of the reform activity while studying various tools, it was the opportunity that I participated in the seminar held by C’set.
"In order to realize efficient production of resin molds and realize shortening of time and cost reduction, it is essential to digitize processing information by maximizing the use of 3-dimensional data created in the upstream process I knew that it was.
Well then, what kind of tools can be used to make the best flow? Mr.Hashimura looks back on that time, considering various tools while also considering developing the necessary tools in-house. "

I understand now "In order to achieve the efficient production of resin molds and shortening of time and gain cost reduction, it is essential to digitize processing information by maximizing the use of 3D data created in the upstream process.
NISSAN MOTOR has established a three-dimensional consistent design from product design to die design. The CAD that I am adopting is I-DEAS (now I-DEAS NX), and I have also developed a 3-dimensional viewer that suits I-DEAS in-house and achieved design efficiency. However, only paper documents were used to convey information to the production site in the subsequent process.

At first as a means of make it possible to see 3-dimensional data at the production site, "to distribute I-DEAS is nonsense" (Mr. Hashimura). In addition, the in-house 3D viewer was optimized for the design process, and another specification was required to use it in the manufacturing process. "There are two points that are required for the tools to be used at the manufacturing site: the ability to flexibly change the view / view point and the local coordinate setting to quickly recognize the combination of complex parts, and the other is to input it to Excel. 3DTascalX had both functions combined. "(Mr. Hashimura). 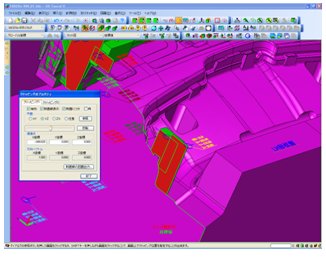 In the resin technology division, I made a detailed benchmark of 3DTascalX.
In addition to translator functions such as importing I-DEAS, IGES, and STEP, parasolid transformation etc., I used it along the actual work flow and verified whether the intention of the designer surely propagated.

What made me focus on was whether I really wanted to completely lose the paper or not to rework the data, and I could make a consistent flow. As a result, the entire flow of flowing drawing information and processing information to the production site, inputting comments and measurement data found at the site processing at the site processing, and feeding it back to the upstream process uses a single software called 3DTascalX It was able to go smoothly.

"We also evaluated a free 3D viewer" 3DX Reader "(Three DeeX Reader) that can also work on a notebook PC for OA, no need to install a graphics card, and can view 3DTascalX format data," Mr.Kenji Hida of Technical Division said. What made 3DTascalX decisive is that the operation was easy to understand for people at the production site. I thought that" If it is good software, people should support it. "I first demonstrated it at the work site and it was very popular”. Furthermore, when we summarized the procedure "display only the parts that you want to see from the assembly data and measure the coordinates locally" in the procedure manual of three A4 size sheets, everyone immediately got the global and local coordinates. I began to master it flexibly. It is proved that 3DTascalX is good software because its use on site has become established, "Mr.Hashimura said. 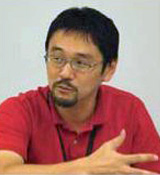 The resin technology division introduced 3DTascalX in January 2007 and currently uses a floating license.
As a rough work flow, information on product design and die design is read directly from I-DEAS NX into 3DTascalX. Meanwhile, in a department that creates CAM data using Tebis or WorkNC, it outputs IGES information of processing information and measurement inspection instructions input to CAM data and send it to 3DTascalX.
At the production site, look at the cross section in the design data, confirm the processing instruction at the same time, perform the processing, measure the processing dimension and input the numerical value into 3DTascalX. The person in charge of the examination confirms these data on 3DTascalX, and if necessary analyzes it by CSV output. Particularly it is very useful for the department of fine parts machining and electric discharge machining. Electric discharge machining is a machining method that melts iron by discharging between electrodes, and is used for exact corners to be produced in small parts. "In the past, we had a hard time to instruct the position of a small part called an electrode in an easy-to-understand manner in a large part called a bumper. In some cases we want to work with dimensions from the center of the mold, because sometimes I want to know about it, accurate instructions were difficult on paper, "Mr.Hashimura said.
Currently, it is possible to freely change the viewpoint and flexibly switch between local coordinates and global coordinates while confirming the position of the electrode by focusing on the place to be processed. The mistake in position error has almost become zero. 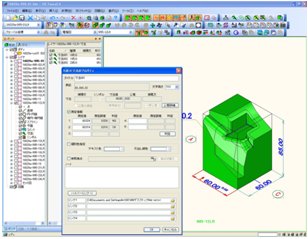 Even at cooperating companies outside our company uses "3DX Reader"

With the introduction of 3DTascalX, at the production site of resin mold, data created in the design process and CAM process can be used as it is without reprocessing. Work instruction and designer's intention are transmitted accurately, thereby reducing hand-over and redoing, so that cost loss does not occur.

We were able to greatly advance the goal of making the resin mold more efficient, shortening the period, and reducing costs. Paperless can also be realized, enormous number of paper documents become unnecessary. The time and effort of posting and centralized input is eliminated, and the risk of mistakes caused by manual work is reduced.
Processing personnel were released from the time loss of inquiring the unknown points to the CAM data creation department and waiting for a reply. Unknown points can be resolved by measuring themselves. You can solve the on-site issues on site. On the site of production, the time to check and confirm the processing contents could be shortened by 20 to 25%.

It is also a great merit that the processed data can be used further in the post process. As the processor measures the work piece and starts over again if it is not scraped, its history also remains in 3DTascalX, so the manager of production technology consults with the site to change the tool or make use of it to suggest improvement of the design is there.
"3DX Reader" is also used very conveniently. If there is no need for measurement and you want to check whether the 3D shape is as instructed, bring your laptop PC close to the actual thing and check quickly with "3DX Reader". It is easy to download and use it even at a cooperating company outside the company, and it helps to make communication denser.
"We have submitted to C’set various requests, but depending on our requests, they responded with version upgrade, so we are quite happy" Mr.Yasuhara said. For example, the function of automatically determining the center point (data output point) of the measuring instrument will be released to the next version.
"In the future, I would like to continue working on solving problem at the work site instead of waiting for the answer from a person who understands the issue , that is, by broadening the scope of" understand at work " I will move forward, "Mr.Yasuhara said ambitiously. 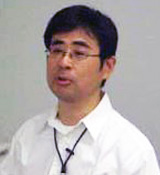 Thanks to 3DTascalX which can flexibly switch between local coordinates and global coordinates, it becomes possible to accurately grasp the position of a small part called an electrode among the big parts called a bumper, the mistake in position error becomes almost zero